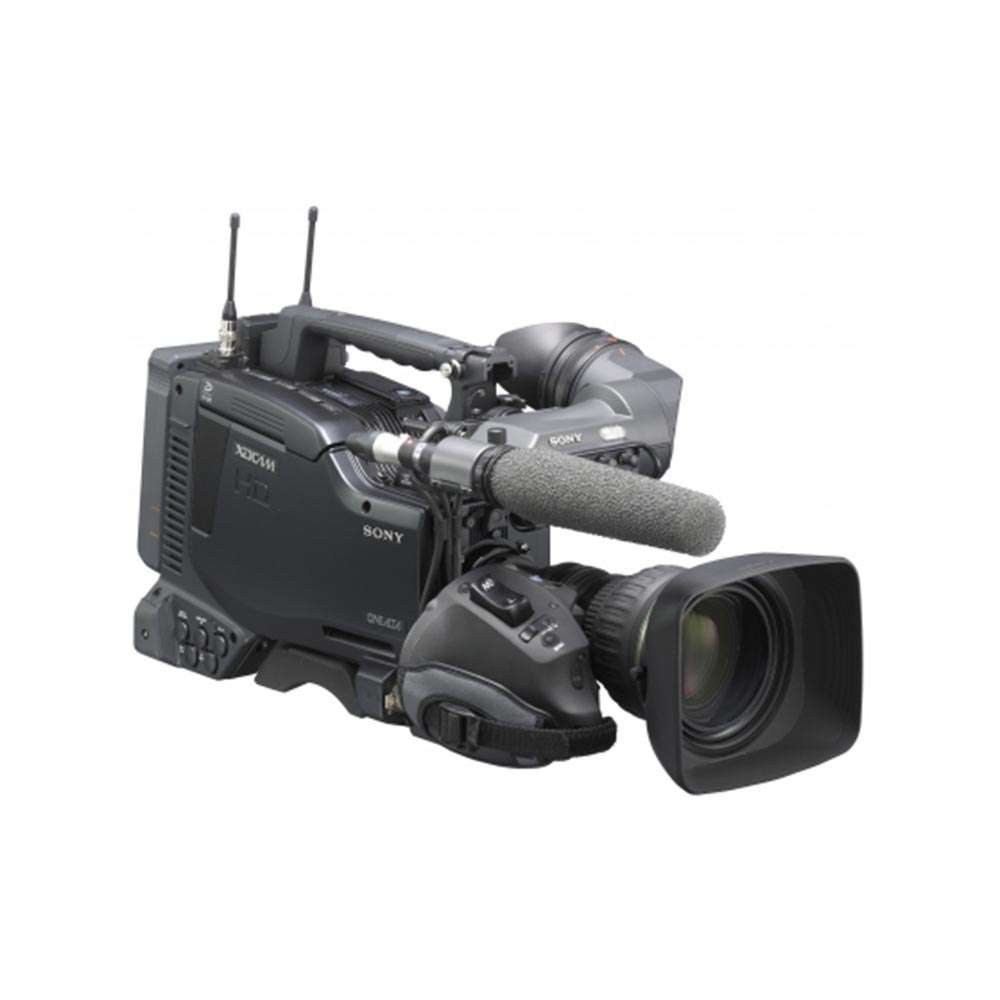 Since its introduction in 2003, the Sony XDCAM system has revolutionized video production. The combination of file-based operation, optical recording and Sony's industry-leading camcorder technology has opened up new ways of working to broadcast and production facilities around the world . Now, Sony has expanded the XDCAM line-up at the top end with the PDW-700 XDCAM HD422 camcorder.

With fast file-based operation and outstanding picture quality, the XDCAM HD422 line-up has widened the appeal of XDCAM for applications such TV drama, documentaries and general entertainment programs, and for ENG where speed of operation is a critical requirement.

In the Sony XDCAM series of products, recordings are made as data files in the industry-standard MXF (Material eXchange Format) file format. This allows material to be handled with great flexibility in an IT-based environment - easily available for copying, transferring, sharing and archiving. All these operations are accomplished without the need for a digitizing process.

File-based data copying allows for degradation-free dubbing of AV content, which can be performed easily on a PC. The file-based recording system also allows for material to be viewed directly on a PC, simply by linking it to the XDCAM unit via an i.LINK connection. This works in just the same way as a PC reading files on an external drive.

The PDW-700 XDCAM HD422 camcorder comes equipped with IT-friendly, computer-based interfaces. These include an i.LINK interface supporting File Access Mode as standard, and an Ethernet interface.

The PFD50DLA and PFD23A are 12cm, reusable optical discs. The PFD50DLA is a Dual Layer disk with a capacity of 50 GB, while the PFD23A is a Single Layer, 23 GB disk. The large capacity of the PFD50DLA makes it possible to record up to approximately 95 minutes of high-quality MPEG HD422 material.

The Professional Disk is extremely reliable and durable because it experiences no mechanical contact during recording or playback, and is packaged into an extremely durable and dust-resistant disk cartridge.

Non-contact recording and playback also makes it an ideal medium for long-term storage of AV assets. Whereas traditional tape archive systems must be rewound on a periodic basis to remove magnetic powder debris, the Professional Disk completely eliminates this process.

Its reliability has already been demonstrated by the huge number of XDCAM products deployed worldwide since 2003.

Because of its lower resolution, Proxy Data can be transferred to a standard PC at a high speed, and browsed and edited using the PDZ-1 Proxy Browsing Software (or other compatible editing software offered by industry-leading manufacturers). With the PDZ-1 software, it can be converted to the popular ASF format for playback on Windows™ Media Player, providing dramatic improvements in production workflows. Proxy Data can also be viewed directly on a PC without data transfer using an i.LINK (File Access Mode) connection, and can even be sent over a standard Ethernet network.

The overall flexibility of Proxy Data means that it can be used for a variety of applications, such as immediate logging on location, off-line editing, daily rushes of shooting on location, client approvals, and more.

All XDCAM HD422 products are capable of recording a variety of metadata, which provides a huge advantage when searching for specific data after an initial recording has been made. Information such as production dates, creator names and camera setup parameters can be saved, together with the AV material, on the same disk using the supplied PDZ-1 software.

This makes it possible to organize and search through all recordings effectively. One particular metadata, called EssenceMark™ (Shot Mark), is a convenient reference that can be added to desired frames to make them easy to recall in subsequent editing processes. Clipflag* is another convenient metadata which users can add to their desired clips as "OK", "NG" or "Keep".