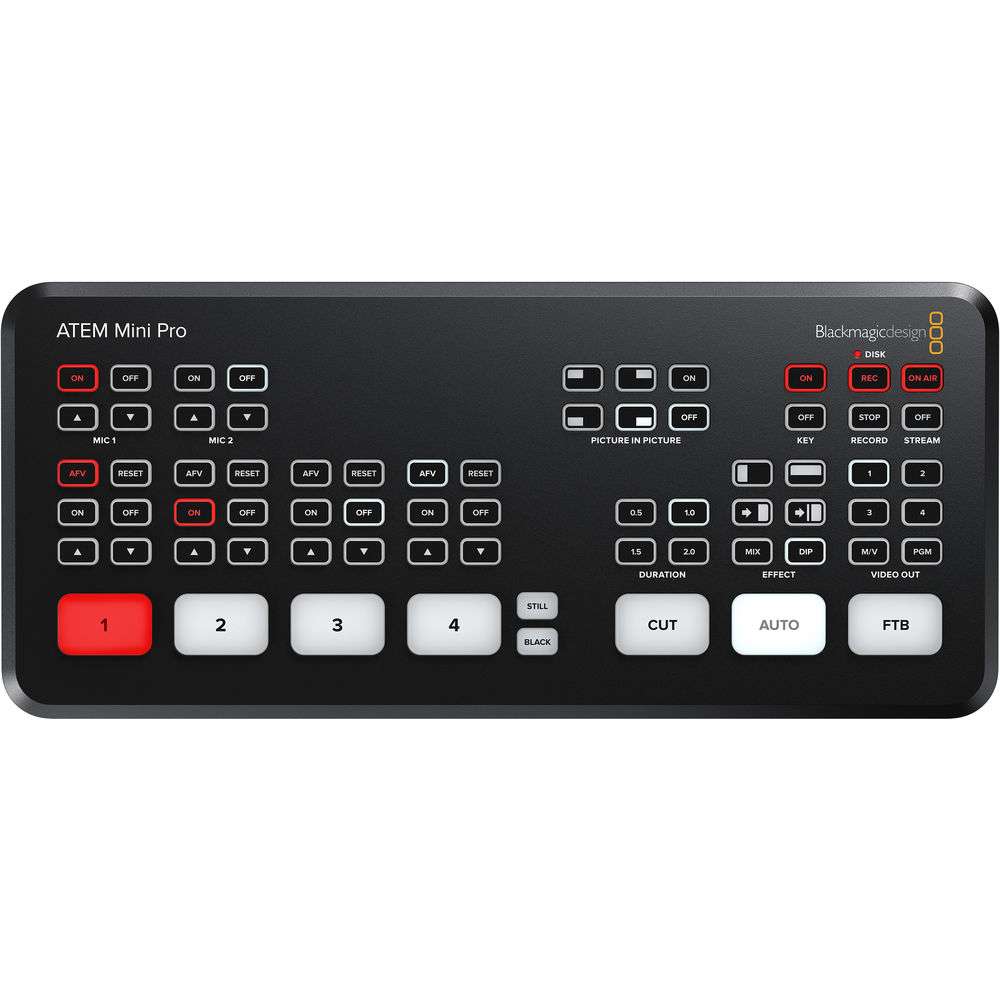 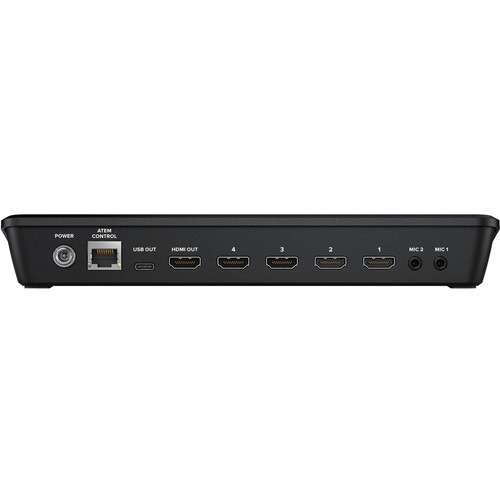 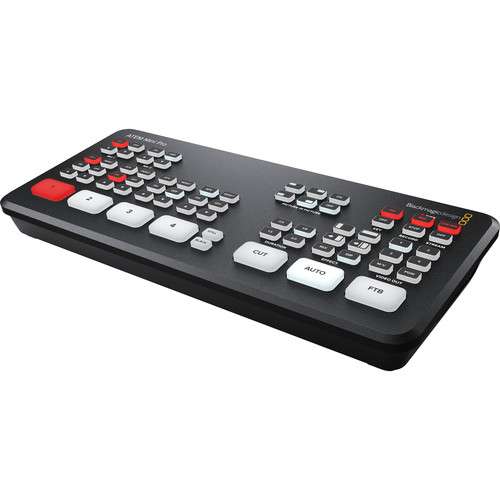 Similar to its predecessor, the ATEM Mini, the ATEM Mini Pro from Blackmagic Design is a four-input live production switcher with an integrated control panel designed for multicamera live streaming up to HD video to the internet or broadcast applications from gaming consoles, corporate computer streams, or HD cameras. Along with the software control update, the Mini Pro builds on the Mini with features such as live stream data rate and status information, a built-in hardware encoder, simultaneous recording to USB drives, drive hot swapping with the Blackmagic MultiDock, added record and stream buttons, stream caching, a timecode generator, program preview multiview, tally support, and support for Blackmagic Design Pocket Cinema Camera 6K and 4K to utilize as your broadcast sources.

The ATEM Mini Pro retains the same rear-panel setup on which four HDMI inputs are available on the rear of the chassis and they input up to 1080p HD video. There is also an HDMI output for a projector or multiview monitoring, a USB Type-C output as for recording HD video to a computer, and an RJ45 10/100/1000 Ethernet port for direct live streaming as well as system management, remote control, and upgrades. You can adjust frame rate depending on the quality of your stream, and there is no need for additional streaming software because the Pro includes a built-in hardware encoder.

The updated ATEM Software Control Panel is used for control and configuration of the ATEM Mini Pro via USB or Ethernet, and it allows you to monitor the data rate, audio meters, configuration, and status of your live feed. The built-in color control panel has the same configuration of DaVinci Resolve, eliminating any learning curve. Advanced features include the ability for engineers to upload an XML configuration file to make it easier to change all your settings at once.

The control surface features the same easy-to-view, backlit control buttons to enable selecting camera inputs, controlling transitions, keyers, settings, and the DVE. The ATEM Mini Pro adds several buttons to the right side such as a quick record button, which allows you to instantly record your live stream to the connected USB source, or by holding it down, you can hot-swap drives when using the Blackmagic MultiDock if you need to quickly get down to editing. On Air and Stream buttons have also been added to instantly start and stop your stream once it is set up in software control. The added Video Out buttons on the right side allow you to select a program preview for each source, so you can make sure each source is ready to go for air.

The ATEM Mini Pro features the same upstream and downstream keyers, an advanced chroma keyer, two linear/luma keyers, a DVE transition keyer, a pattern generator, and color generators. There is also media player support for fill and key images, which supports up to 20 stills in PNG, TGA, BMP, JPEG, and TIFF formats.