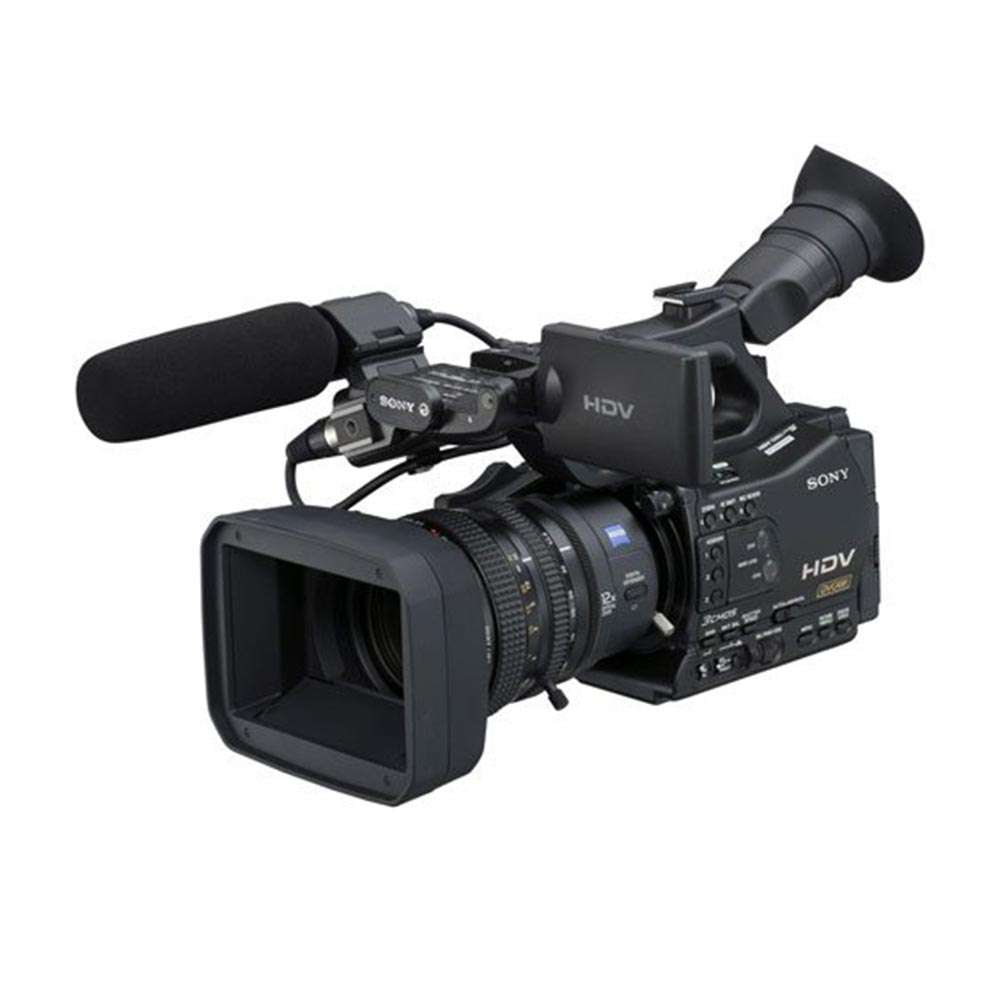 Previously unheard of for such a compact unit, the model incorporates the convenience of a handheld camcorder with the flexibility of larger ENG cameras. It can also record directly to compact flash cards, via the camera's supplied memory recording unit.

Ideal for your production

Users get the best of both worlds with this innovative camcorder. The unit's unique design is the first of its kind; a handheld camera with interchangeable lens capability. Whether you are filming a movie or shooting a documentary, this camcorder has it covered.

Sony's ClearVID sensors are positioned at a 45° angle. Since each pixel is positioned at this angle the result is far clearer diagonal lines. Images will appear crisper, without the apparent -inchjaggies-inch that often plague video signals.

HD on MiniDV tapes with HDV

The HDV format, used in the camcorder allows high definition recording on standard MiniDV tapes. This is accomplished by using the very popular MPEG-2 compression technique used in many applications, including DVDs and satellite television.

Many consumer products are adopting High Definition Media Interface (HDMI) connections for transmitting uncompressed digital HD video signals. Sony has upped the ante by incorporating this into the already extensive array of video output choices on the HVR-Z7P. Connect the camera to any HDTV via this interface and view all your footage the way it was meant to be seen.

The camera comes with an attachable recording unit, allowing users to record HDV and DV to CompactFlash cards. With cards getting larger and larger in capacity, the ability to take advantage of tapeless workflow while still using cheap media is a welcome addition.