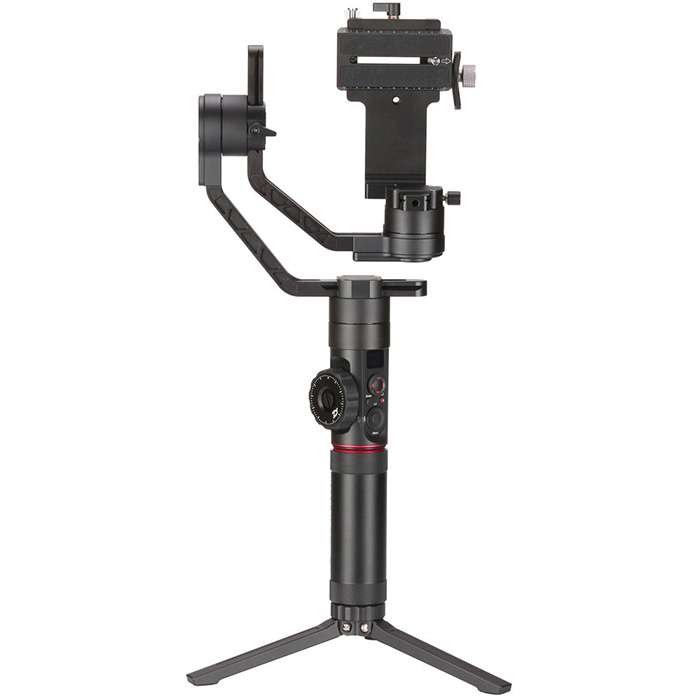 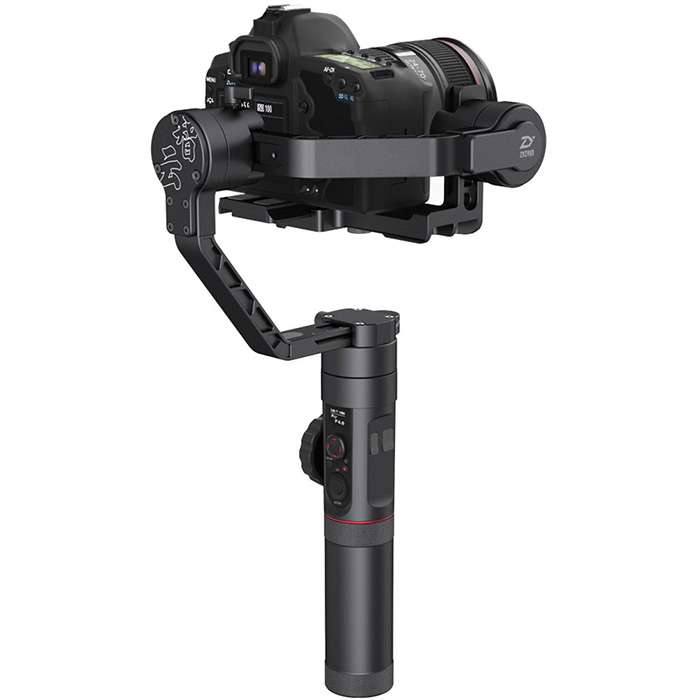 The Zhiyun-Tech Crane-2 is a 3-axis handheld gimbal stabilizer supporting mirrorless and DSLR cameras weighing up to 7 lb. Mount your camera on the included Manfrotto-standard quick release plate, balance it, and shoot for up to 18 hours on the supplied batteries. A rod-mount mechanical focus motor is included and can be controlled via the gimbal's handwheel or an optional remote control for the Crane 2. It can be aligned to the focus or zoom ring of your lens for follow focus or zoom control. A support rod, USB cable, and two universal lens gear rings are also supplied for attaching and connecting the focus motor and using it with virtually all lenses.

The Crane-2 also allows for digital follow focus control via the gimbal handwheel for select Canon DSLRs and the Nikon D850 with compatible autofocus lenses. Simply connect the camera to the gimbal with the included USB cables, and after a few settings adjustments you'll have direct follow focus control without requiring the external motor.

The Crane-2 features 360° pan, 320° tilt, and 360° roll adjustment. Multiple different special shooting modes allow you to get extra creative with the gimbal. Full-range POV mode enables 360° synchronous movement on all three axes. This means that the camera will lock into a single position and follow your movements without any limits, as opposed to evening out at some point. This allows for true POV capture.

Gimbal settings are quickly adjustable using the onboard control buttons and an OLED display. For safety, a "slow-fall" feature protects your camera from a sudden drop when the Crane-2 is powered down.