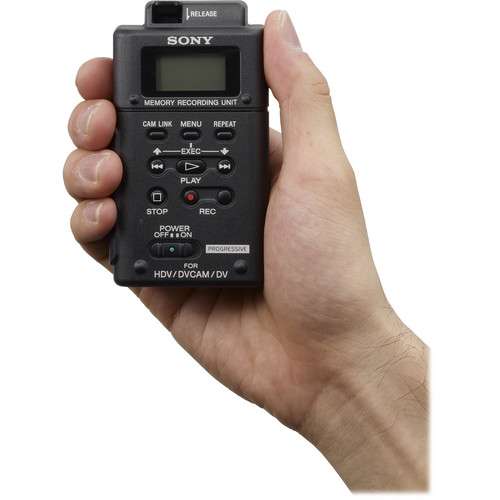 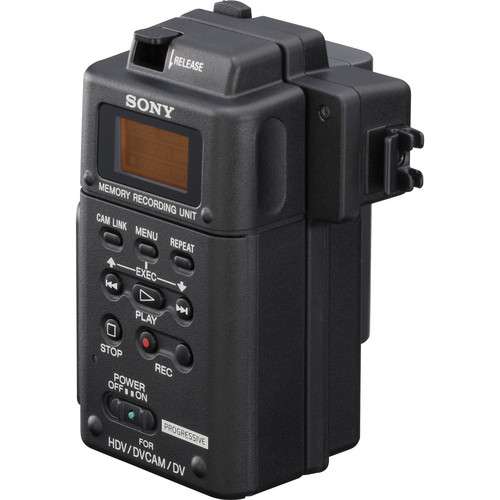 The Sony HVR-MRC1K is a CompactFlash recording unit designed specifically for the HVR-Z7U, HVR-Z5U, and HVR-S270U HDV cameras. The unit attaches directly to the camera and records up to 72 minutes (on a 16GB card) of HDV ready-to-edit footage. The card records the same .M2T files that are created when capturing HDV footage from tape and provides seamless integration with virtually all non-linear editing systems. Footage can be recorded to both tape and CompactFlash simultaneously, instantly archiving footage while still gaining the workflow efficiency of tape-based media.

The HVR-MRC1K revolutionizes how users can record HDV footage to their camera. By using widely available CompactFlash cards, the HVR-Z7U, HVR-Z5U and HVR-S270U can be automatically transformed into a camera with tapeless workflow. Additionally, DV/DVCAM can be recorded to avi/dv files.