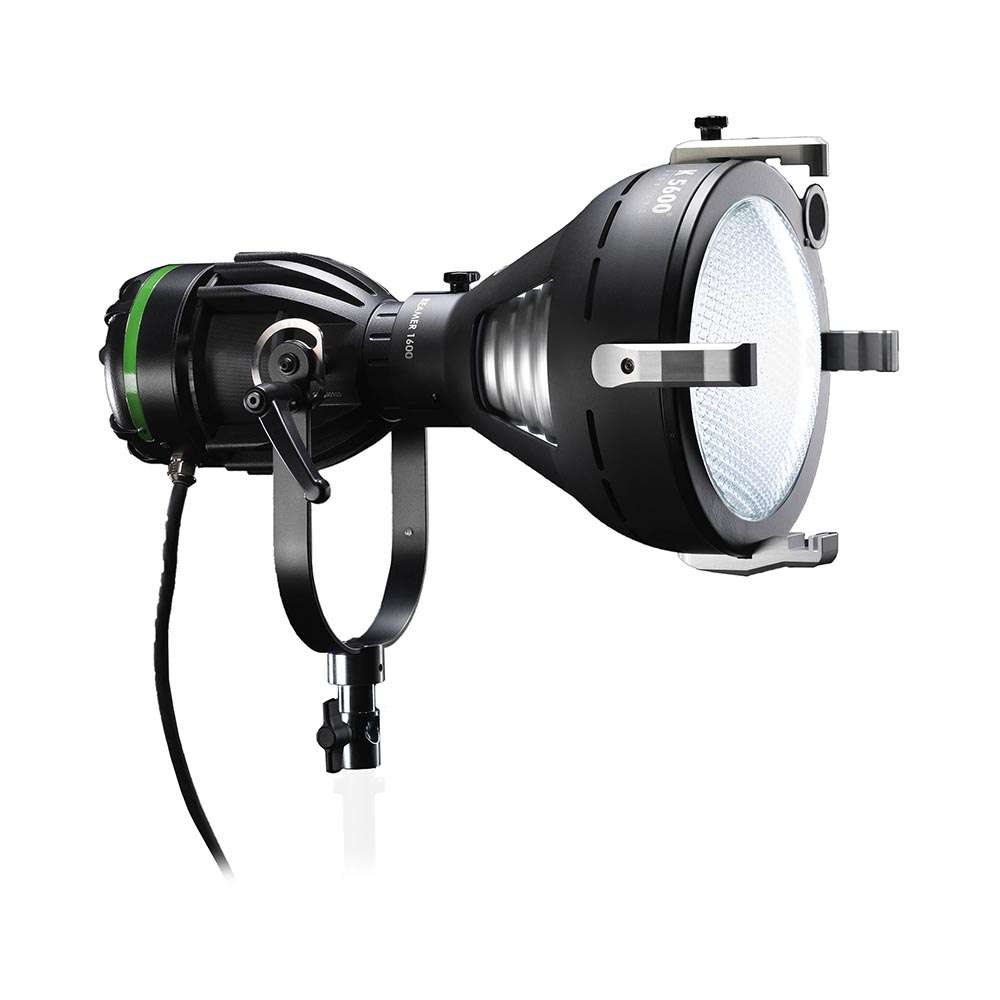 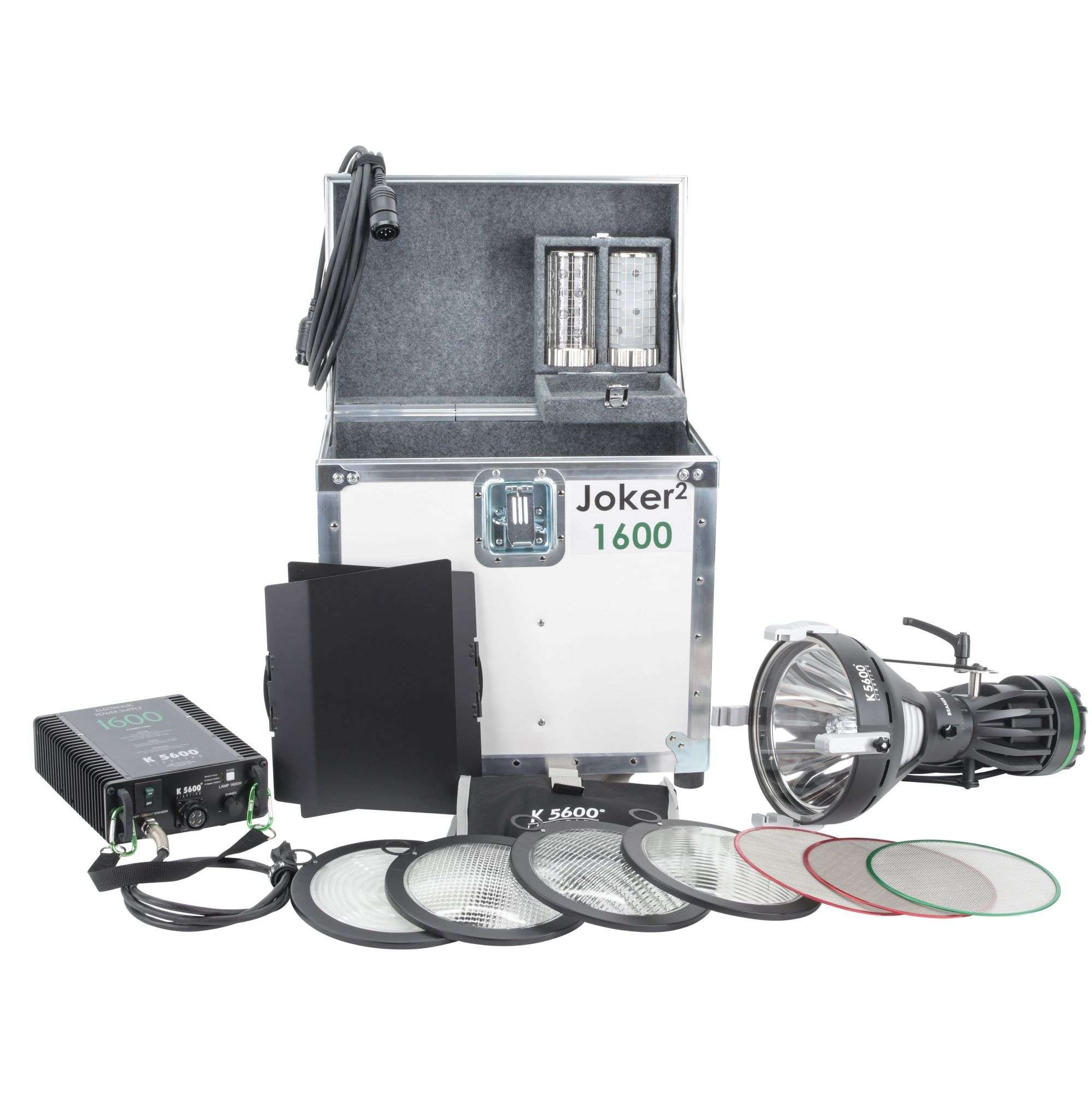 The Joker2 1600 Kit from K 5600 Lighting is built around a Joker2 1600W Head with a 1600W HMI lamp. The included optical beamer with specular reflector mounts on the front of your Joker2 and gives you the ability to use the provided medium, wide, super wide, and frosted Fresnel lenses to get a soft source with varying degree patterns. The head is powered by the included fully dimmable ballast. The ballast is high-speed with 300 and 1000 Hz frequencies, and offers built-in wireless DMX control via LumenRadio, allowing for control using a smartphone or tablet.

Further accessories included in the kit are a 25' head feeder extension cable, which will come in handy whenever you want to boom your Joker2 or put it in a hard-to-reach place, and a frosted glass beaker, which can be used instead of the clear glass beaker to get a nice diffused soft effect right at the source. Also provided are full double and single scrims, a four-leaf barndoor, two beaker safety wires & bug rings, a lens bag, and a carrying case.

The Joker2 1600 with Cable from K 5600 Lighting is a 1600W controllable light source designed for use on film, television, and still sets. Featuring a threaded screw-on ring, the Joker2 1600 allows for quick and tool-less relamping between separately available 3200K and 5600K HMI lamps. The threaded ring also allows you to mount a clear or frosted borosilicate beaker around the lens (beakers and lenses available separately). Additionally, the head incorporates a plug-in igniter designed to convert from HMI to 2K tungsten in less than a minute.

The Joker2 has an integrated three-axis yoke for flexible placement, and a braking system that ensures the system can support larger light shapers such as light banks, ellipsoid spots, and Softubes. For power, the head uses a separately available fully dimmable ballast. The ballast is high-speed with 300 and 1000 Hz frequencies, and offers built-in wireless DMX control via LumenRadio, allowing for control using a smartphone or tablet.